The Catholic Diocese of Pittsburgh has paid more than $19 million to survivors of clergy sexual abuse. This compensation was paid through the diocese’s victim compensation program. This program is called the Independent Reconciliation and Compensation Program (IRCP).

The IRCP was established in 2019 to settle claims of clergy abuse in the wake of a grand jury investigation.

The Diocese of Altoona-Johnstown and the Archdiocese of Philadelphia were not included in the grand jury investigation. These dioceses were the subjects of earlier investigations.

The final grand jury report was released in 2018. It documented sexual abuse allegations against 301 priests across the six dioceses. The report named 99 priests accused of abuse from the Diocese of Pittsburgh.

The Diocese of Pittsburgh chose the Law Offices of Kenneth R. Feinberg, PC to administer the IRCP. The group was responsible for reviewing survivor claims and paying out program awards.

Since the program’s establishment in 2019, 224 sexual abuse claims totaling $19.2 million have been settled.

The compensation program received 369 total claims, of which 224 resulted in payouts. The breakdown of these claims is as follows:

The average compensation award was about $86,000. The program is now closed to claims.

“My heart continues to grieve for the victims of childhood sexual abuse, especially those abused by clergy, the very people who were ordained to guide them to a life of holiness. It is my prayer that this compensation will provide support that victims/survivors need on their path toward healing.”

Some Survivors Chose Lawsuits Over Settlements

When survivors accept a settlement, they waive the right to further legal action. Some individuals prefer to pursue justice through a lawsuit. Benefits to pursuing a lawsuit include the following:

Seven of the eight Catholic dioceses in Pennsylvania, including the Diocese of Pittsburgh, created compensation funds.

Millions of dollars have been paid to priest abuse survivors across Pennsylvania, including:

By May 2020, the Archdiocese of Philadelphia paid more than $50 million to sex abuse survivors. The archdiocese’s compensation program is closed to new claims. However, the fund administrators are still reviewing claims. Thus, this total dollar amount may increase.

Compensation programs, such as the Diocese of Pittsburgh’s IRCP, have benefits and drawbacks for survivors.

For example, some survivors may find they are not able to file a traditional lawsuit due to their state’s statute of limitations. A victim compensation program may accept these older claims barred by such statutes. This can be a huge benefit to survivors with expired claims because it offers them a renewed path to compensation.

However, there are some drawbacks to victim compensation programs. Program claims can result in lower monetary awards compared to lawsuits. Additionally, when victims accept a settlement offer, they waive their right to sue.

A knowledgeable lawyer can help a survivor weigh the benefits and drawbacks of litigation versus a compensation program to determine the best option for the survivor. 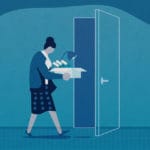