In December 2020, a judge ordered Uber to pay $59 million to the California Public Utilities Commission (CPUC). Uber was fined for failing to share rideshare sexual assault data with the CPUC.

Update: On December 2, 2021, Uber reached a settlement agreement. Uber will pay $9 million to the state of California.

What Is The CPUC?

In December 2019, the CPUC requested sexual assault data from Uber. The rideshare company denied the request.

In December 2019, Uber released its first public US Safety Report documenting motor vehicle fatalities, physical assaults and sexual assaults reported to the rideshare company between 2017 and 2018. According to the report, Uber received roughly 6,000 reports of sexual assault during the two-year period.

The report’s release was Uber’s first attempt at transparency regarding the safety of its services. However, Uber is facing a $59 million fine for failing to share report data with the CPUC.

“Uber is wrong when it argues that compliance [with earlier rulings] will violate a sexual assault victim’s privacy that California law is designed to protect. Rather than casting itself in the role of a victim of regulatory overreach, it is Uber who is playing the part of the obstructionist who has prevented the commission from carrying out its regulatory, investigative and enforcement duties.”

The CPUC’s request for data came shortly after the 2019 Uber safety report was released. The CPUC asked questions regarding the report’s authorship and approval. Additionally, the regulatory agency asked for specific assault details collected by Uber.

According to Uber, the CPUC’s request would compromise the “anonymity of assault victims.”

Uber spokesperson Andrew Hasbun explained in a statement, “the CPUC has been insistent in its demands that we release the full names and contact information of sexual assault survivors without their consent. We opposed this shocking violation of privacy, alongside many victims’ rights advocates.”

The CPUC has vowed to protect the data and identities of assault victims. It argues the data is necessary to ensure public safety.

Hasbun acknowledged that recently the CPUC agreed to let Uber provide anonymized victim information. However, the company is still being fined for not adhering to the initial requests despite the change.

“We can provide anonymized information — yet we are also subject to a $59 million fine for not complying with the very order the CPUC has fundamentally altered.”

In January 2021, Uber appealed the $59 million fine. Uber continues to claim its decision to withhold the data stems from its desire to protect victims. Tony West, Uber’s Chief Legal Officer, explained, “While it may be well intentioned, [contacting those individuals] can lead to the retraumatization of survivors.”

The rideshare company’s appeal was supported by the advocacy organization RAINN.

RAINN (Rape, Abuse & Incest National Network), an anti-sexual violence advocacy group, and Uber have had a partnership since 2019. The two organizations came together to develop a sexual assault and misconduct training program for Uber drivers. The program was launched in August 2020.

“Companies should be commended, not penalized, for their transparency and commitment to protecting survivors.”

After a year-long appeals process, California approved a settlement agreement on December 2, 2021. Uber, RAINN and the CPUC agreed to a sum of $9 million. The settlement amount includes a reduced fine of $150,000. This fine will be paid to the California State General Fund.

As part of the settlement, Uber will also provide assault data to the CPUC. The rideshare company will replace  details identifying witnesses and victims with unique identifiers. Uber users will also have an in-app option to give more information to CPUC officials. 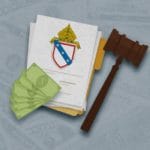