Three survivors and their families were in the courtroom for McWilliams’ sentencing. Unfortunately, given his online abusive activity, the total number of victims abused by McWilliams is currently unknown.

In February 2022, McWilliams took his own life at Allenwood Federal Prison in Pennsylvania. Robert McWilliams is one of many predatory priests in the Catholic Church to use his position of power to abuse minors.

Robert McWilliams was a seminarian at Saint Helen’s Catholic Church in Newbury Township. In 2017, he was ordained by the Roman Catholic Diocese of Cleveland. The diocese assigned McWilliams to Saint Joseph Catholic Church in Strongsville, Ohio. He served as the Parochial Vicar of Saints Joseph & John School.

During the next three years, McWilliams preyed upon countless minors. Many of these victims knew him personally from church and school. In 2019, two families from Saint Helen’s Catholic Church filed initial complaints against McWilliams.

They alleged he was digitally extorting their underage sons. McWilliams would pose as a teenage girl online, encouraging his victims to send sexually explicit photos and videos. He then threatened to expose them unless they continued sending nude content.

These allegations prompted an investigation. The Ohio Internet Crimes Against Children Task Force (ICAC) obtained a warrant and searched McWilliams’ living space and offices at Sts. Joseph & John School and Saint Joseph Parish. They seized his electronics and took McWilliams into custody.

The devices seized during the investigation held thousands of images. Many portrayed child pornography and other forms of sexual violence. Some of the victims were as young as toddlers. Investigators also found evidence that McWilliams had been paying teenage boys to perform sexual acts on him.

The U.S. District Court in Akron charged McWilliams with eight counts of child sexual exploitation. In July 2021, McWilliams pled guilty. He was sentenced to life in prison in November.

McWilliams spent only four days at Allenwood prison. He committed suicide in the early hours of February 4, 2022.

What “justice” looks like varies from person to person. For some survivors, Robert McWilliams’ guilty verdict may have offered closure. But, others may feel that true justice is yet to come.

Despite McWilliams’ suicide, his victims may still have legal options. Some survivors may be eligible to hold the Diocese of Cleveland accountable for its role in his abuse.

Survivors across the country have filed civil lawsuits against responsible dioceses. Some have been able to obtain compensation for their pain and suffering. An experienced clergy abuse lawyer can help survivors determine their next steps. 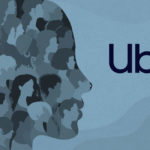